Being Mayor during Covid

Harry Gardiner writes “I attach some photos taken during John Beynon’s Civic Society Guided tour Of Carmarthen. One in the Roman Amphitheatre. John hosted a number of trips” 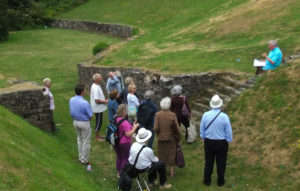 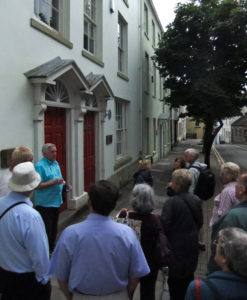 There is ongoing work to replace the old lamp posts with new energy efficient LED lamps.

There is just one of the old ones left (top left in the photo), there are a few still in progress and the rest are new.

What do you think? 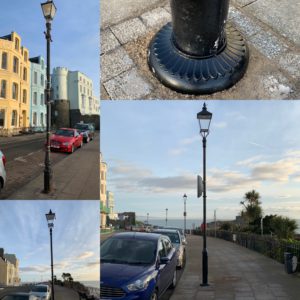 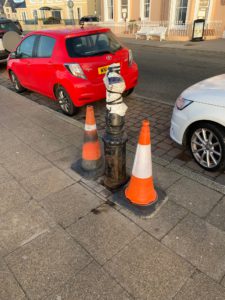 At our most recent meeting on 29th January 2019, the formation of a new independent group was discussed after interest being expressed by a number of friends and family.

This group would operate independently of the Town Council and the Civic Society in order to protect, maintain and enhance the Walls for the benefit of all.

If you would be interested in joining such a group, or just want to find out a little more, please do get in touch. 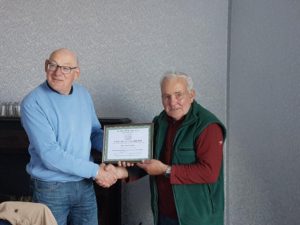 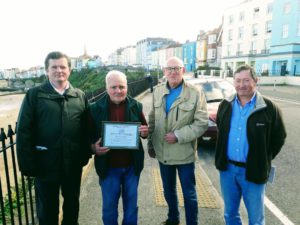 Proposed for an award by Rob Mayhew of Tenby Lions, but enthusiastically seconded by all Tenby Civic Society committee members, Tudor Thomas was delighted to present Trevor Hallett with the second Civic Award at the recent committee meeting at the Fourcroft Hotel in Tenby.

It is hard to express just how much Trevor Hallett has contributed, and continues to contribute, to Tenby over his many years of service on the town council as well as many other voluntary bodies.

We are certainly all very proud that he is part of the Civic Society.

Supporters of the work of Tenby Civic Society will already know about the dedication of our Planning Sub-Committee who review and comment on all new planning applications in Tenby. The sub-committee has a wealth of experience in this area and has always sought to support development whilst maintaining what keeps Tenby special.

The following article appeared in The Tenby Observer on Friday 5th October 2018 and highlights where our recommendations are badly misunderstood. Quite a reaction from Cllr Mrs Rossiter! 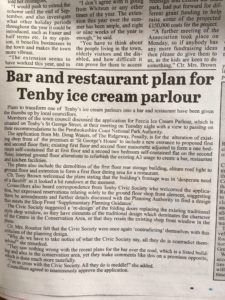 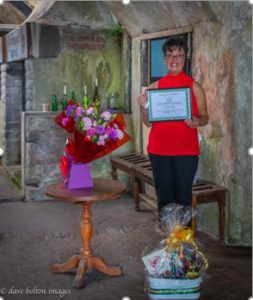 On Saturday 7th July 2018, Michelle Watkins was hoodwinked into visiting St Catherine’s Island under pretence of a photographic shoot for her son’s recent wedding. On entering the fort, she was greeted and applauded by a large group of friends and family, representatives from Tenby Civic Society (who were making this their very first Civic Award) and supporters of Plastic Free Tenby.

Michelle has, for many years, cleared the South Beach of litter on her daily dog walks. She does this every single day, whatever the weather and always has a smile and time for a chat with the people she meets.

On making the presentation, Tudor Thomas, Chairman of Tenby Civic Society, stated ” For a number of years, Tenby Civic Society has made awards for buildings which improve Tenby. But a town is much more than its buildings. It is people such as Michelle who deserve our thanks and gratitude for their voluntary efforts to improve Tenby. We hope that this ‘first of a kind’ award will be one of many and look forward to further nominations”

On 24th November our Chairman Tudor Thomas hosted an exclusive tour of St Catherine’s Island for Civic Society members. Entertaining and informative for those who attended – many thanks Tudor and also John Loring (St Catherine’s Caretaker/Manager) for allowing us access. 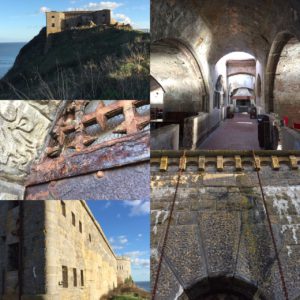 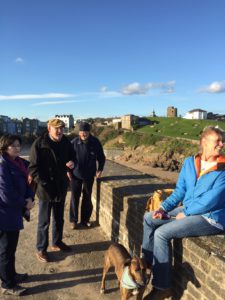 Hopefully the following extracts from the 1959  and 1961 issues of the Tenby Observer will help clear up the picture with regards the trees.

January 16 1959: ‘If bus bays are installed in South Parade it will mean that five live trees and two dead ones will need to be felled’

January 23 1959: Latest development is the announcement that three residents have signified their intention of forming an amenities committee for the town with the primary object of trying to preserve Tenby’s trees and buildings [D. Morse Brown, M I Wilkins and J E M Copland].

January 30 1959: Public meeting is being held in the Scout’s Hall… with the object of forming an association for the protection of the amenities of the town and the welfare of its people.

February 6 1959: Nearly 150 people attended meeting. Mr Bromley suggested the formation of an association known as the Friends of Tenby. Agreed.

MARCH 29 1959: The trees in Tenbys South Parade were described as ‘unfortunate specimens’ by the planning officer during Mondays meeting of the national park committee. He added that they needed to be replaced.

February 17, 1961. Friends Annual Meeting Report – March 27, 1960 21 Red Chestnut trees had been planted by the Friends of Tenby in the South Parade ‘To the glory of God and for the beauty of the town’.

Copies of these newspapers can be consulted at Tenby Library.

Here is a picture of the refurbished plaque back in place. 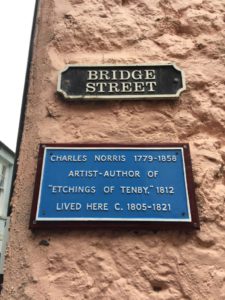 The refurbishment of the plaque has now been completed and the ceremonial refixing will take place at 5.30pm tomorrow (Tuesday). All are welcome to attend if only to watch me fall off the ladder. Photo for newsletter and Observer,